Skip to content
2021 Refresher Academy Dates Have Been Posted. 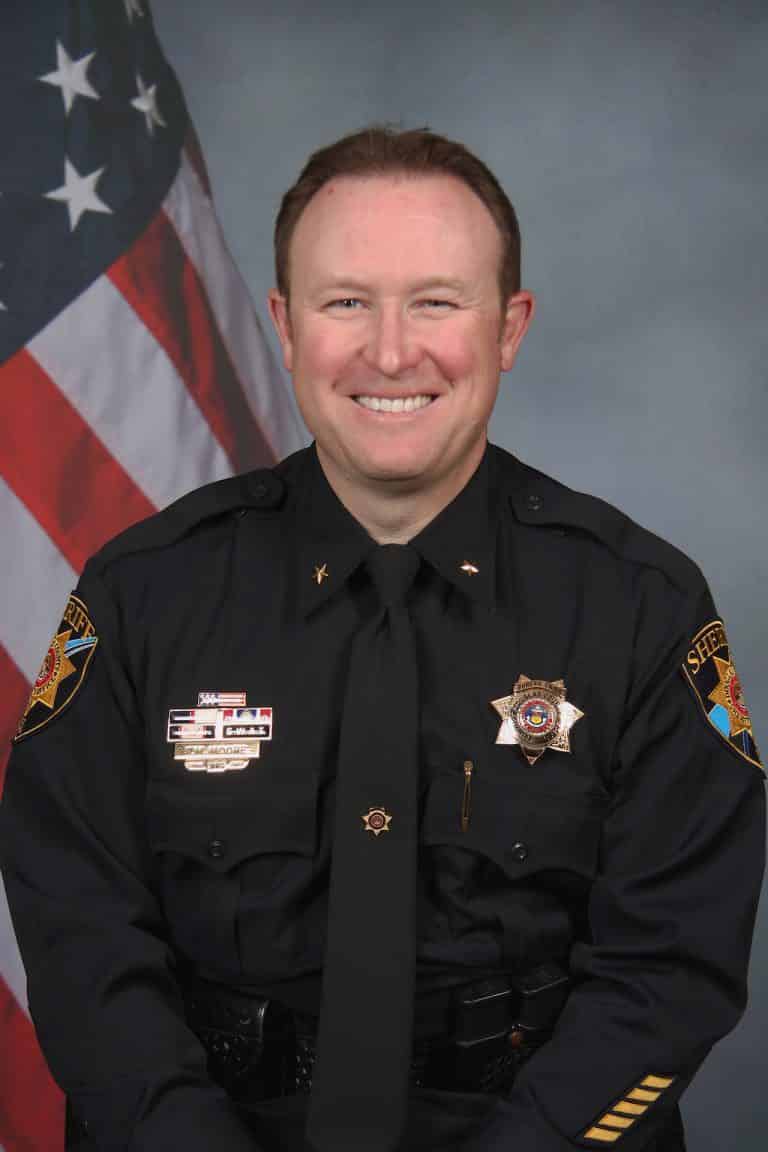 Captain Tim Moore began his career with the Douglas County Sheriff’s Office in 1990. Promoted to Chief in 2010, he now serves as executive officer of Administrative Services.  Throughout his 29-year career at Douglas County, Tim has served in most every area of operations, supervision, and administration.

He also served four years as Chief Deputy of the Law Enforcement Bureau and commander of the regional S.W.A.T. team.  Educated in criminal law and public administration, Tim is also a graduate of the FBI National Academy (session 244) and the Northwestern University School of Police Staff & Command.

Tim believes strongly in the importance of consistent training and has served on the Highlands Ranch Law Enforcement Training Foundation Board since 2014.