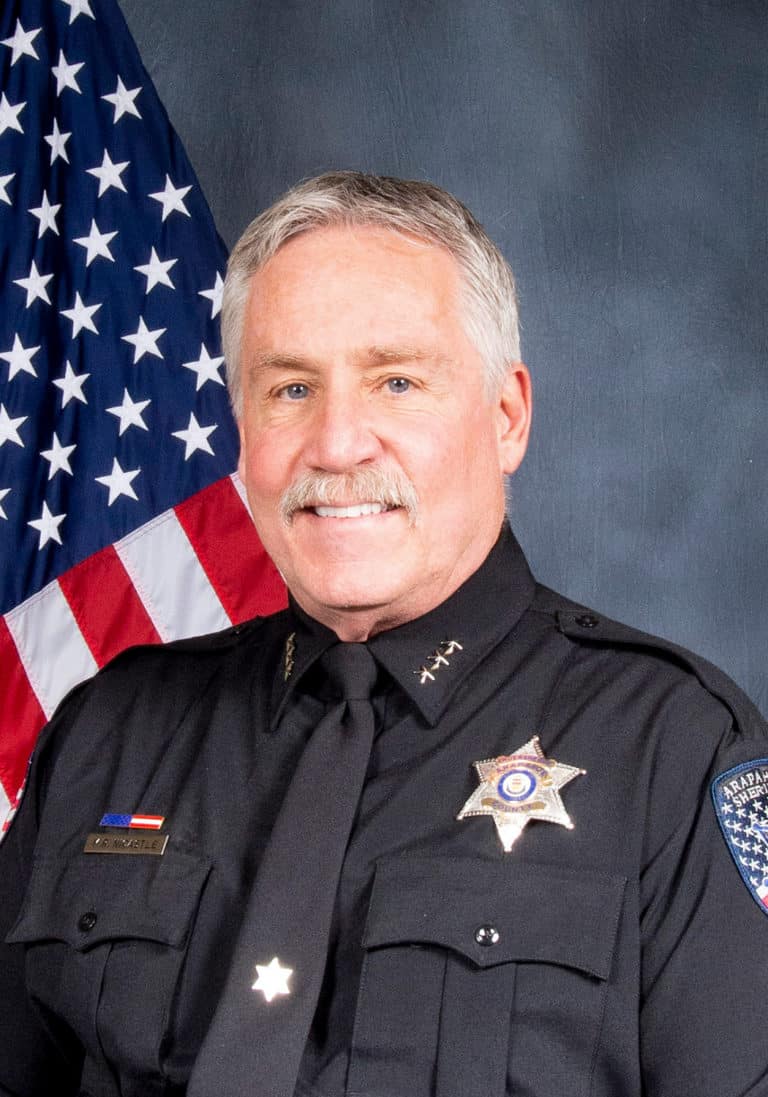 Mark Nicastle is the Undersheriff for the Arapahoe County Sheriff’s Office. He started his career with the Adams County Sheriff’s Office in 1980 as a patrol officer. Four years later, he went to work undercover for vice and narcotics and then to the DEA Drug Task Force. In 1992, he was promoted to Sergeant and worked for the North Metro Drug Task Force (NMDTF). In 1999, he was promoted to Commander. In 2002, he transferred to the Patrol Division where he supervised patrol deputies, K9s, SWAT and the Bomb Unit.

In 2011, Nicastle retired from the Adams County Sheriff’s Office then worked in court security with the US Marshals Service in Denver. Then in 2016, he was asked to represent the Mountain View Police Department in the HIDTA Front Range Drug Task Force where he served until being tapped by Sheriff Tyler Brown to be the Undersheriff.