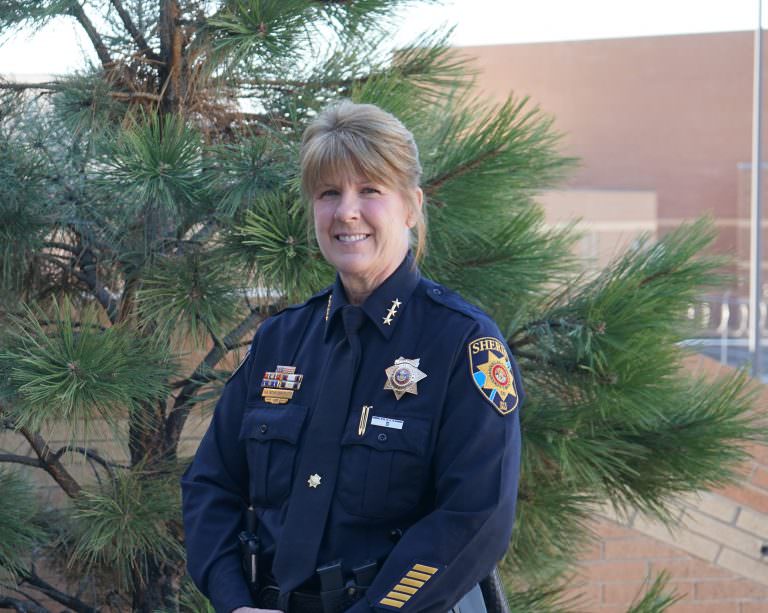 Holly Nicholson-Kluth has been the Undersheriff of the Douglas County Sheriff’s Office since July of 2014. She started her career with the Sheriff’s Office in 1989 in the Patrol division. Since 1989 she has served in numerous line, supervisory and command positions Investigations, Patrol and Support Services. Prior to her appointment as the Undersheriff, she served as the Administrative Services Bureau Chief and the Law Enforcement Bureau Chief for a total of 8 years.

Her interests and special training have included areas such as crimes against children, computer crimes, technology, and leadership.  She served as Director of the Colorado Regional Computer Forensics Laboratory from 2001 through 2004 and has specialized training in Computer Forensics.

She has a Bachelor’s Degree in Criminal Justice and holds her Masters Degree from Regis University in Psychology with studies in Forensic and Organizational Psychology, as well as Adult Learning.  She is an FBI National Academy Graduate, class #258.