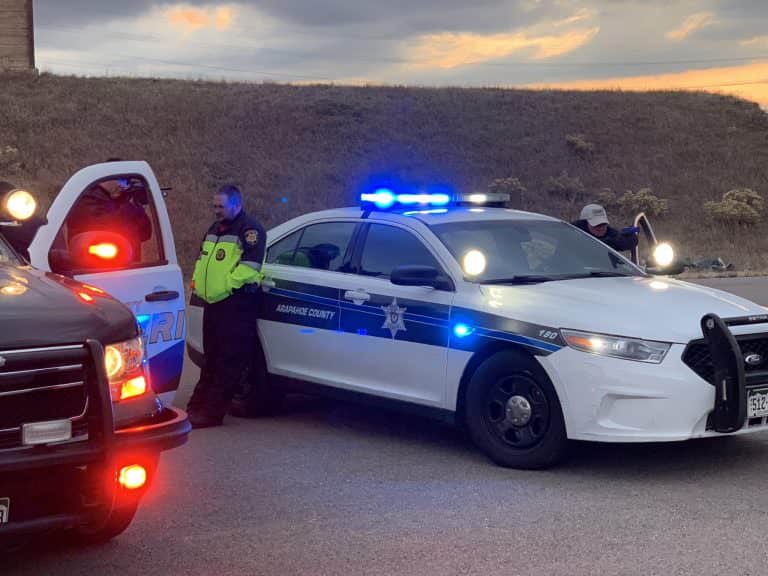 In January 1983, Sheriff Stephen Zotos took office and his first mission was to find a location to accommodate firearms training for his officers. At the time the Sheriff’s Office was using a range at the Douglas County Fairgrounds which presented issues with population growth in the city of Castle Rock, as well as its proximity to I-25.

In the interest of safety, a search for a better location commenced. While several possibilities existed, the most palatable location was an abandoned garbage dump. Then Undersheriff Don Christensen had the idea of building large “berms” out of the garbage. The plan met resistance from developers of Mission Viejo Company, (the original developers of Highlands Ranch,) who were concerned for the residents of a nearby retirement community.

They did however, offer an option; the Arapahoe Hunt Club was located on their development in the southern part of Littleton in Douglas County. The hunt club was in the process of moving to a new location and its canyon, with a natural “maple leaf” shape, offered a perfect area for a firearms range. This area had more space than Douglas County needed so Zotos contacted his neighboring Sheriff in Arapahoe County and a proposal was made to create a multi-regional facility with both agencies jointly managing it. Lt. Vern Warner of ACSO was teamed with Undersheriff Don Christensen to work out the agreements.

A long term lease was signed with Mission Viejo for the property. The two received a special use permit from the Douglas County Commissioners and in June of 1986 they took possession of the property and started developing ranges. The Sheriffs of Douglas and Arapahoe County had started what would become an epicenter for law enforcement training needs in agencies across the Denver Metropolitan area and Front Range. The facility changed rapidly with many large projects being completed quickly.In January of 1993, the Highlands Ranch Law Enforcement Training Foundation Inc. (a not-for-profit whose mission was to facilitate the training of law enforcement officers) was created to manage the facility.

A Board of Directors was formed including representatives from the Douglas and Arapahoe County Sheriff’s Offices, Shea Homes Inc, (who purchased the land and the Highlands Ranch project form Mission Viejo,) and private citizens. Shea Homes has since become a great partner and supporter of the HRLETF which became a 501 (c) (3) corporation and in 2007, the land that the facility leased was titled to the foundation.

The facility is currently used for training by approximately 64 city, county, state and federal law enforcement agencies with over 2800 users. The HRLETF also features several civic activities during the year to include the BSA Eagle Scouts and 4-H clubs. The facility has also houses the County Sheriffs of Colorado association headquarters (since 1999) and NecroSearch International.

The future of the HRLETF is delineated by its new Mission Statement. With state of the art equipment and facilities, it remains the premier law enforcement training facility of the Front Range.